By Overtired Mama - July 04, 2017
I occasionally like to enjoy an "adult beverage" on a hot summer day.  There was so much to choose from when I went to the liquor store that I decided to buy a selection and review my choices.  I did not receive any of these products for free and all of the opinions are my own. 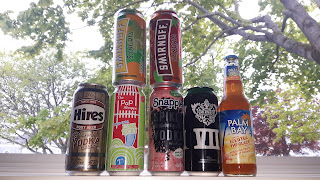 My first selection was Palm Bay Iced Tea.  I've had some Palm Bay beverages previously and I expected this to be pretty sweet.  I was surprised to find it wasn't as sweet as expected.  At the same time, it didn't taste like "iced tea", in my opinion.  It was a subdued peach flavour.  Not overwhelming.  If you're looking for basically a "hard iced tea", this did not fit the bill for me.  That being said, the peach flavour was still quite good. 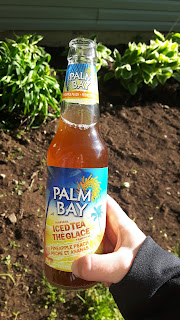 Next I tried Smirnoff's Red Sangria.  Let me start by saying, I am a Sangria fan, so I had high expectations for this one.  It was very good, a blend of fruit flavours.  While I liked this one, I did prefer the white sangria (see the next beverage). 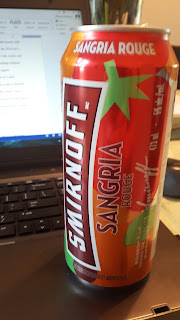 As mentioned, I am a Sangria fan.  I enjoyed the red sangria, but Smirnoff's White Sangria was my favourite.  More of a citrus flavour.  Crisp, clean and delicious taste.  This was my favourite of all of the drinks in this post. 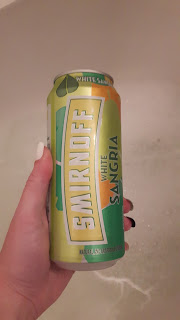 I love Pop Shoppe, so I had high hopes for this one.  The Pop Shoppe Hard Soda - Lime Ricky flavour had the Lime Ricky flavour of the classic soda, however, I felt there was a strong alcohol taste.  If you like your vodka taste to be prominent, this is the one for you.  Unfortunately for me, this was my least favourite. 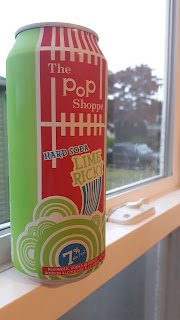 I will admit that I hesitated to buy he Hires Root Beer and Vodka.  I had previously tried a hard root beer that I still have nightmares about.  That one was a beer blend, and the after taste was awful.  This one, on the other hand, was absolutely delicious!  If you like root beer, this one is for you.  It tastes just like the classic Hires Root Beer.  This ranks up there with the white sangria as one of my favourites. 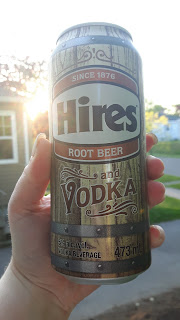 The Smirnoff VII Watermelon drink was the drink I chose with the highest alcohol content (this one has 7%.  I was expecting a heavy vodka taste, and while there was a bit of an alcohol after taste, it was only mild.  I really enjoyed the Watermelon flavour. 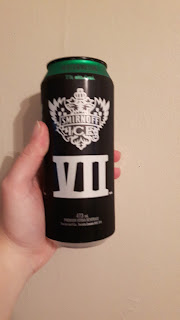 The last one I didn't snap a picture of before I drank it, but it is the Snapple "Spiked".  This one I found particularly sweet, so if you're looking for the kind of drink that really masks most of the alcohol taste, this is for you.

While each of these had it's own enjoyable elements, this is how I would rank these beverages (from least favourite to best):

Regardless of your summer beverage choice, please remember to enjoy responsibly.

Do you have any favourite beverages that you think I should try?  Feel free to suggest some in the comments section, or connect with me on Social Media:

Yurting It Up In Dartmouth

My daughter and I decided to do something a little out of the ordinary for a holiday this summer.  I've been working and doing a lot of school work lately, so some mother/daughter time was needed.  We are fortunate that Dartmouth and Halifax, Nova Scotia, are within driving distance, so we took off on a mini-vacay!

I like to camp, but I don't like all of the "lugging" involved in camping (tents, tarps, etc), so we decided to try something a little different.  I found Shubie Campground (visit their website here: http://shubiecampground.com/).  Shubie Campground has campsites available for those interested in tenting or bringing a trailer, but what we found that intrigued us was the yurt available on site - so as my daughter put it, we decided to "yurt it up".  It should be noted that there is only one yurt available, so be sure you book early if you are interested!

Shubie Campground is connected to Shubie Park, which has a fabulous trail system, more on that…
Read more

​I am a total movie lover!  I like to get lost in plot lines, relate to characters, and even challenge the way I think about things.

If you are a fellow movie lover, this giveaway is for you!


I've paired up with some fellow bloggers for a "Blog Hop"!  Prizes from the different bloggers are supposed to be a movie or gift card to a movie theater, or even paypal cash so they can buy your own movies. Be sure to check each blogger in the hop for their specific prizes.

I'm giving away $20 Paypal Cash!  Please note my prize is in Canadian Funds.


The #MovieMadness Blog Hop is co-hosted by Powered by Mom and Mom Does Reviews.


Movie Madness $20 CAD PayPal Cash GiveawayOne lucky reader will win $20 PayPal Cash (Canadian Funds).Open Worldwide.Winner will be chosen at random.Sweepstakes ends February 27th at 11:59pm ET.Winner will be notified via email.Winner will have 48 hours to respond before a new winner is chosen.Overtired Mama is responsible for prize fulfillment.Must be 18 y…
Read more

7 Tips for Summer Travel on a Budget

Winter is over (although, I know for some, it feels like it's still here).  We are now approaching summer.  We're on the "downward slide" for kids to finish school for the year, and for people to prepare for summer vacations from work.

Planning a vacation is sometimes a dreaded task for some, but if you are a bargain hunter, like me, vacation planning can be fun. Seriously.  If you have some flexibility in terms of where you are going, and when, the planning can be even more fun!  It's like starting with a blank canvas, waiting for the first swipe of a paintbrush.
These are a few basic tips to keep in mind to help find some deals for your upcoming summer travel:
1 - Be as Flexible as Possible - the more leeway you have in terms of your travel destination and/or dates, the more you can potentially take advantage of last minute promotions.  In terms of a hotel, some hotels may offer last minute discounts to fill their hotels.
2 - Monitor Prices - This is a sugges…
Read more