Talking about Serious Illnesses and Death with a Child

By Overtired Mama - April 17, 2015
I realize this is a heavy topic for a Friday, but I've been asked to share, on many occasions, how we approached the topic of serious illness and death with my daughter.  Keep in mind that I am not a therapist or psychologist, and I don't claim that this is the only or best way to approach this subject.  This is just what worked for us.

In September 2011, when my daughter was 2 years old, my dad was diagnosed with pancreatic cancer.  A serious diagnosis, and a serious topic of conversation.  My daughter and my dad had a special relationship - she was the apple of his eye, and they had special games that they played, that I just couldn't play the same way he did - and believe me I tried. 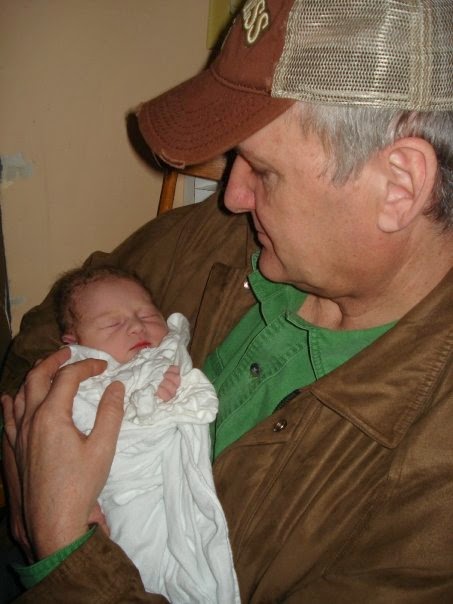 We knew we had to approach the subject with my daughter somehow, especially once my dad started chemotherapy, his appearance would change, and she would have lots of questions.  Cancer is a complicated topic.  We wanted to be careful not to instill any kind of fear in our daughter - fear of belly aches, fear of hospitals, none of that.  So we explained that Grampy had a sore belly and that doctor's were going to try to make him feel better.  We said that the medicine he needed would sometimes make him feel sick, but that it was working to help make him feel better.

When my dad was hospitalized, we visited often - she actually enjoyed it because the nurses would often fuss over her, and Grampy would sometimes read to her, or they would watch some videos on his laptop.

Eventually, his condition deteriorated, and even when he was in Palliative Care, she would come with us when we visited, and colour him pictures for his room.

When my dad passed away in 2013, we explained that Grampy had gone to Heaven, and that he was happy there.  We allowed her to ask any questions she had and answered them truthfully and as simply as we could.

It's been two years since his passing, and my daughter still asks questions occasionally, and just as we had before, we always try to answer in a way that she will understand.

Some questions are more complicated then others - like "how did he get sick"? And others make me reflect on my own grief - "do you cry because you miss Grampy"?

Grieving is something that is natural, that the whole family experiences.  I actually found that answering my daughter's questions was an oddly comforting exercise for me.

For us, answering our daughter's questions as simply and truthfully as we can allowed her to come to her own understanding of illness and death.  I don't think that hiding his illness, dismissing it or simply not acknowledging it would have done her any favours and would have created more questions in her mind in the end.

Have you had to deal with a similar situation?  Would you like to share your own tips, or ask me any questions about our experience?  Feel free to comment below, or if you would prefer to message me privately, feel free to email me at Katie_NB@hotmail.com.
Serious