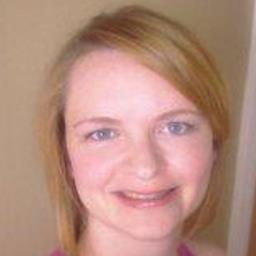 So, what are these "Random Friday Confessions"?  I feel like doing a TMI post... but not in a gross way.  So here are a few random confessions:

1 - I have audtionned for more than one tv show/movie.  Nothing x-rated, so don't get excited... and I didn't get the parts either, so you'll never see them... haha.  I WAS an extra in a made for tv movie... ooo... but I turned down the biggest part I was ever offered... to be a "stand-in" for Mena Suvari (I'm not even sure if that's how you spell her name) when she filmed a movie here.  Why did I turn it down?  It started filming the day after my wedding.  Womp womp!

2 - I was a librarian.  Not exactly.. I was a "student page".  I worked in a library for 3 years.  And I used to think "I wonder what people would do if, when they were checking books out, I yelled 'THANK YOU'".  I'm sure they would have thought I was nuts.  And they would have been right... I mean, I'm already a little crazy thinking about such random things... right?

3 - When I worked in tourism, I wrote a song and sang it to tourists... to the tune of the Beverly Hillbillies theme song.  Cheezy, but the tourists loved it.

4 - I know WAY too much about "The Wiggles".  My daughter loves their music, and I find them more bareable than alot of kids music.  I know about their previous music groups, what lead them to start the group, and about some of the scandals a couple of them have faced.  Weird, I know.

5 - I did not know who Justin Bieber was until just before his "Never Say Never" movie came out.  I always considered myself pretty up to date on music, but he slipped through my radar.  I think I must have just dismissed his music as being like Hannah Montana, or any of those other Disney singers.  As another piece of this confession... I downloaded my first Justin Bieber song... Boyfriend.  But in my defense, I find that song sounds like something Justin Timberlake would have sang... when he used to make music.  I say that's my defense, but I know some people will say that's not any better... and to those people I say... we can never be friends... I love Justin Timberlake.  :)

So, not earth shattering confessions... just ramblings from an overtired mama.
Random Thoughts